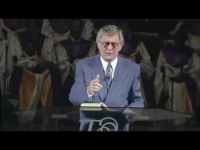 David Wilkerson was the Founding Pastor of Times Square Church in New York City. He was called to New York in 1958 to minister to gang members and drug addicts, as told in the best-selling book, The Cross and the Switchblade.

In 1987, David Wilkerson returned to "the crossroads of the world" to establish Times Square Church. As a pastor of the church, he faithfully led this congregation, delivering powerful biblical messages that encourage righteous living and complete reliance on God.

David Wilkerson had a strong burden to encourage and strengthen pastors throughout the world. From 1999 to 2008, he traveled around the globe holding conferences for Christian ministers.

Tweet
Published in Spiritual Growth Counseling Studies
More in this category: « Our Identity In Christ The difference between Biblical Meditation and Eastern Meditation. »
back to top

Publish the Menu module to "offcanvas" position. Here you can publish other modules as well.
Learn More.